India is primarily an agricultural country. Even then the farmers and milk producers had to face a lot of difficulties in their professions. Especially in the Dairy Industry, the middlemen were exploiting the milk producers. They would buy milk of good quality at very low prices from them and thus reaping profits at the milk producer’s cost.

The dairy industry has always been considered to be a side business of agriculture. Due to difficulties in transport and lack of business skill it could not develop to its full potential. After India’s independence efforts for social and economic enlistment of farmers began and with the help of scientific advancements the profession of animal husbandry too began to develop.

Thus along with the Green Revolution started the white Revolution the farmers of Vadodara District were involved in the activity of milk production as a supplementary profession of agriculture. Animal husbandry and agriculture were practiced side-by-side for many years. The farmers used to sell the excess milk in nearby villages, towns and cities. In the neighboring district of Kheda a Dairy Business Co-operative called Amul Dairy was established with the help of the village Co-operatives as an initiative against the exploitation of farmers by the middlemen. With the help of Amul Dairy the farmers could sell their excess milk at a profit and were a part of the Co-operative.

The farmers of Vadodara District were fascinated with the economic gains of their neighbour district kheda and desired to have such Co-operative dairy for themselves. Thereby, with a great surge of enthusiasm, co-operation and unity the SANGH was established. Its first quarter was at the ‘Tarkeshwar Mahadev”, situated in the midst of the city. Later on with the development and enlargement of the institution it was shifted to a 26-acre land of the Makarpura – Tarsali Road, which was acquired with co-operation from the BMC & 50,000 liter capacity plant was setup in 1962.

The credit of the establishment and development of the Vadodara Sangh goes to Dr. Varguhese Kurien, the guiding light of the ‘White Revolution’. He backed the efforts of the Sangh with a generous declaration that – any losses incurred by the Sangh in its initial years will be borne by the Amul Dairy. With increasing milk production, a modern dairy plant inaugurated by Shri Morarji Desai was set up on 26th April 1965. 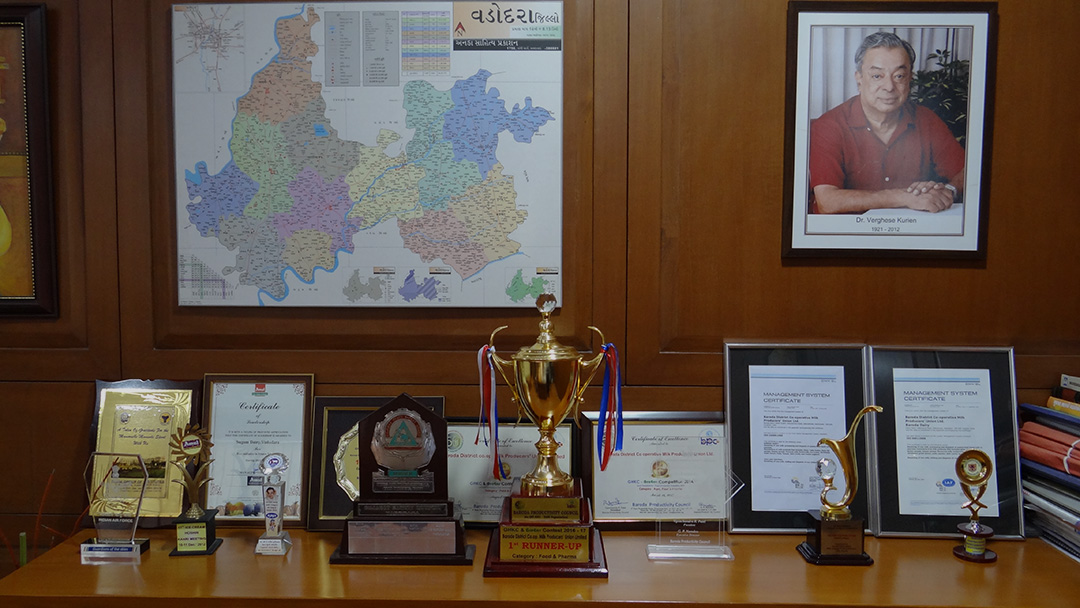